Perfect circle is a non-profit, non-governmental organization in Croatia dedicated to helping children which would otherwise be “raised on the streets” find themselves in a creative work with music, dancing and the performing arts. It is organized and driven by an extremely dedicated and charismatic Renato, himself a street-child who spent a large part of his life as a combination of a handyman, stage manager and DJ with a large list of international successes such as performing on Berlin’s Love Parades, the Exit festivals, Groove Library, and promotional music campaigns for Levi’s, Reebok, Red Bull, Shoe-be-do, Sketchers and others. His initial work with children has begun in 2006 with a band composed of elementary school seniors (13 years old on average) which was mentored by Renato and won 1st place at the demo bend festival HGF 2010. Based on this success and the love of working with children, he has formally created the Perfect Circle non-profit, non-governmental, participatory organization in 2011.

The mission of this new organization is to pull children from the streets towards interaction on an artistic and cultural level, specially targeting the prevention of violence and youth crime. Over the years, the organization has attracted approximately 20 adult volunteers across the country, themselves with similar backgrounds, which help with running the organization and running its various activities, with additional 30 occasional volunteers and helpers. The Perfect Circle’s two major areas of work are the core “headquarters” activities, with individual work with children, and the organization of various events for larger groups and with emphasis on different urban subcultures.

The daily life at the Perfect Circle headquarters is organized to resemble and emphasize family life, with children participating in shared, common household activities, where they are encouraged to work together and take pride in their accomplishments. The creative work is centred around music, learning and exploring break-dancing, DJ-ing and playing instruments, according to individual preferences and interests. The main artistic focus is on hip-hop, house, electronic and rock music. Since 2006, the Perfect Circle headquarters was a village that helped raise nearly 100 children, ages 7 to 16, and given them a safe and productive home away from home. Nearly a third of those have reached the exit age while participating in the organization’s activities. 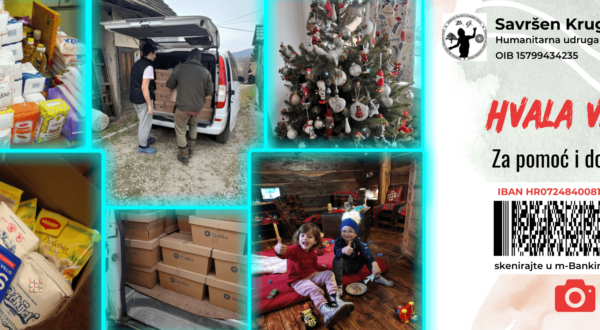